Dunedin City Council: Be the first NZ city to Divest from Fossil Fuels 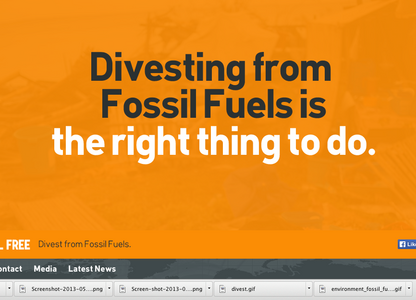 Dunedin City Councillors will vote whether to divest from fossil fuels sometime between April-May 2015. Oil Free Otago strongly support our Councillors and urge them to do the right thing for our climate and our future.

The DCC voted in May 2014 to endorse a policy direction to develop a Socially Responsible Investment Policy for its Waipori Fund, which would intend to exclude direct investment in fossil fuel extraction, tobacco, armaments, gambling and pornography.

The DCC is currently writing up a document to be presented to Council for a final vote, confirming whether Dunedin will truly become the first New Zealand city to divest from fossil fuels.

Kia kaha DCC! Be the first NZ city to Divest from Fossil Fuels! We support you!

Write to the DCC ([email protected]) to express how important it is that the motion to divest be adopted!

Check out who's already divested:
http://gofossilfree.org/commitments/

Deliver in person to the Mayor of Dunedin.