To: George Osborne - UK Chancellor of the Exchequer and EBRD board member. 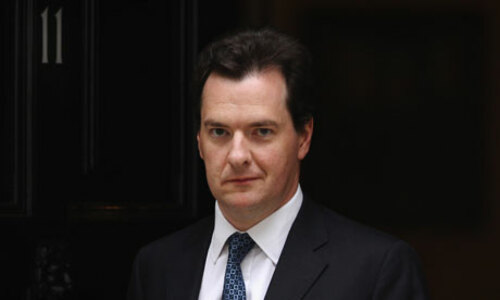 As citizens of the United Kingdom, we call on George Osborne, to represent the views below at the upcoming EBRD board meeting regarding the new energy lending policy.

The transition to an energy-efficient, renewables-based economy should be a top priority for governments and financial institutions, and the lending power of the EBRD could be a powerful force in that transition. We demand a new energy strategy that eliminates support for fossil fuels, starting with coal, and sets an emissions performance standard of no more than 350 gCO2/kWh.

The climate is changing before our eyes. Almost every government in the world has agreed that any warming above a 2°C (3.6°F) rise would be unsafe, risking catastrophic feedback cycles and a planet potentially incompatible with human civilization. If we are are to keep climate change below 2°, we must keep 80% of known fossil fuel reserves under ground.

Yet fossil fuel companies continue to develop existing reserves at an alarming rate, while spending billions of dollars of public money each year to find more fossil fuels. If we continue along this trajectory, the world is on track to burn five times as much fossil fuel as is considered "safe" by conservative estimates.